In this project we explore topics in three big areas in computer science which includes machine learning, cyber security, and wearable Internet of things (IOT). Wrist wearable IOT devices such as the Apple watch, Fitbit, and Samsung watches are growing in popularity and becoming more common. Wrist wearable IOT devices most often come equipped with an accelerometer and a gyroscope hardware. Many algorithm, machine learning derived and not, utilize the data from these hardwares to perform task recognition. For instance, wrist wearable IOT can detect when users are running, walking, sleeping, etc. In this project we explore the hypothesis that wearable IOT hardware can recognize fine motor task, such as handwriting digits. 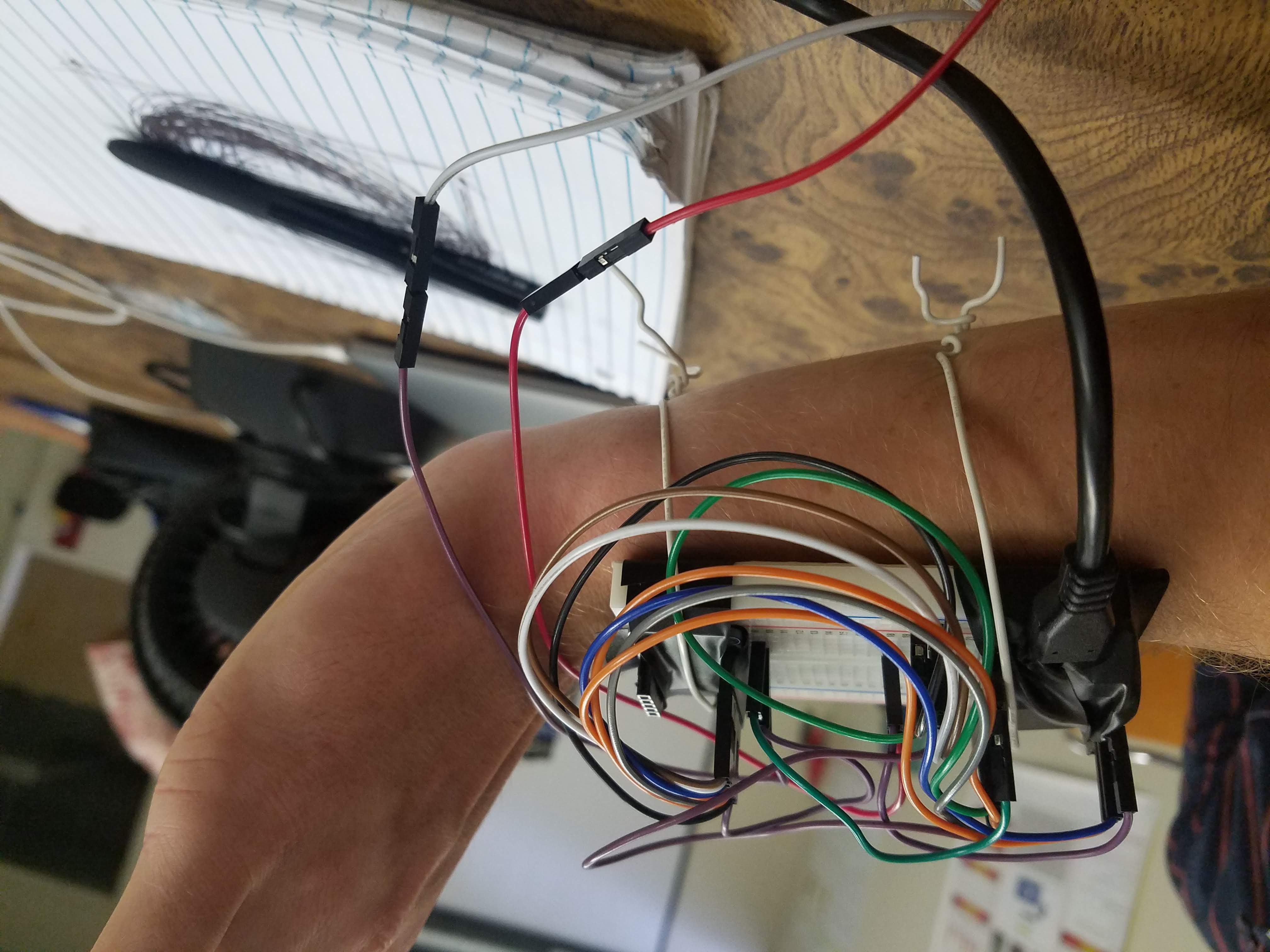 Prototype of our data collection device mounted on a participants wrist

We built a custom device equipped with an accelerometer and a gyroscope to collect the data. The hardware components fall under the Arduino family and thus we wrote the hardware code using Arduino’s IDE. Volunteers were recruited to wear our device and write the digit zero or the digit one while we recorded the data from the accelerometer and gyroscope. Python was used to parse, clean, and process the hardware data. The cleaned data was then used to build a machine learning model that can classify the data coming from our device as the digit zero or the digit one. In other words, our machine learning model was able to identify the digit a user was writing based off the subtle movements of the wrist during writing. A further exploration of our model, data, and methodology is detailed in our manuscript. Our findings lead us to investigate potential security implications of our machine learning model. A simple was model was used yet it had excellent accuracy. While we only focused on two digits, our findings do not lead us to believe that classifying all digit, 0-9, would be a more difficult task by comparison. Additionally, more complex and powerful models exists to handle harder problems. Extrapolating form our work and findings could imply that powerful machine learning models can identify numbers user are writing and this is a security concern. Valuable and sensitive information is often times in the form of numbers such as, credit card, PIN, and social security numbers.

My background in computer science made me the perfect person to handle the programming, software, and machine learning components of the project. I was tasked with programming the hardware, in Arduino, to capture the necessary info from the hardware on our device. Using Python, I was able to clean, process, and organize the data. Before choosing what type of machine learning model I wanted to use I had to gain a better understanding and intuition of the collected data. I performed a PCA analysis to identify which components contained the most variability. Several visualizations were also generated to help us better understand how to build a good machine learning classifier. I ultimately built the machine learning model using extreme gradient boosting and used an exhaustive grid search to optimize the hyper-parameters.

The Arduino and hardware component was an extremely eye opening portion of this project. As someone with a computer science background, I am use to building software and am often abstracted away form the hardware that runs our software. During this project I was intimately involved in the hardware and I learned how to write efficient code for embedded hardware for which speed was important.

This project was also an exercise in machine learning. In my current job I have assumed more of a data scientist role rather than a software developer role. Machine learning has become an important part of what I do for work. This project allowed me to practice and hone my machine learning skills. I gained further experience in data preprocessing, model building, model tuning, and cross validation.

The finding from this project were written up into a formal manuscript and was accepted by Hawaii International Conference on Science Systems (HICSS) for their 2020 proceedings. 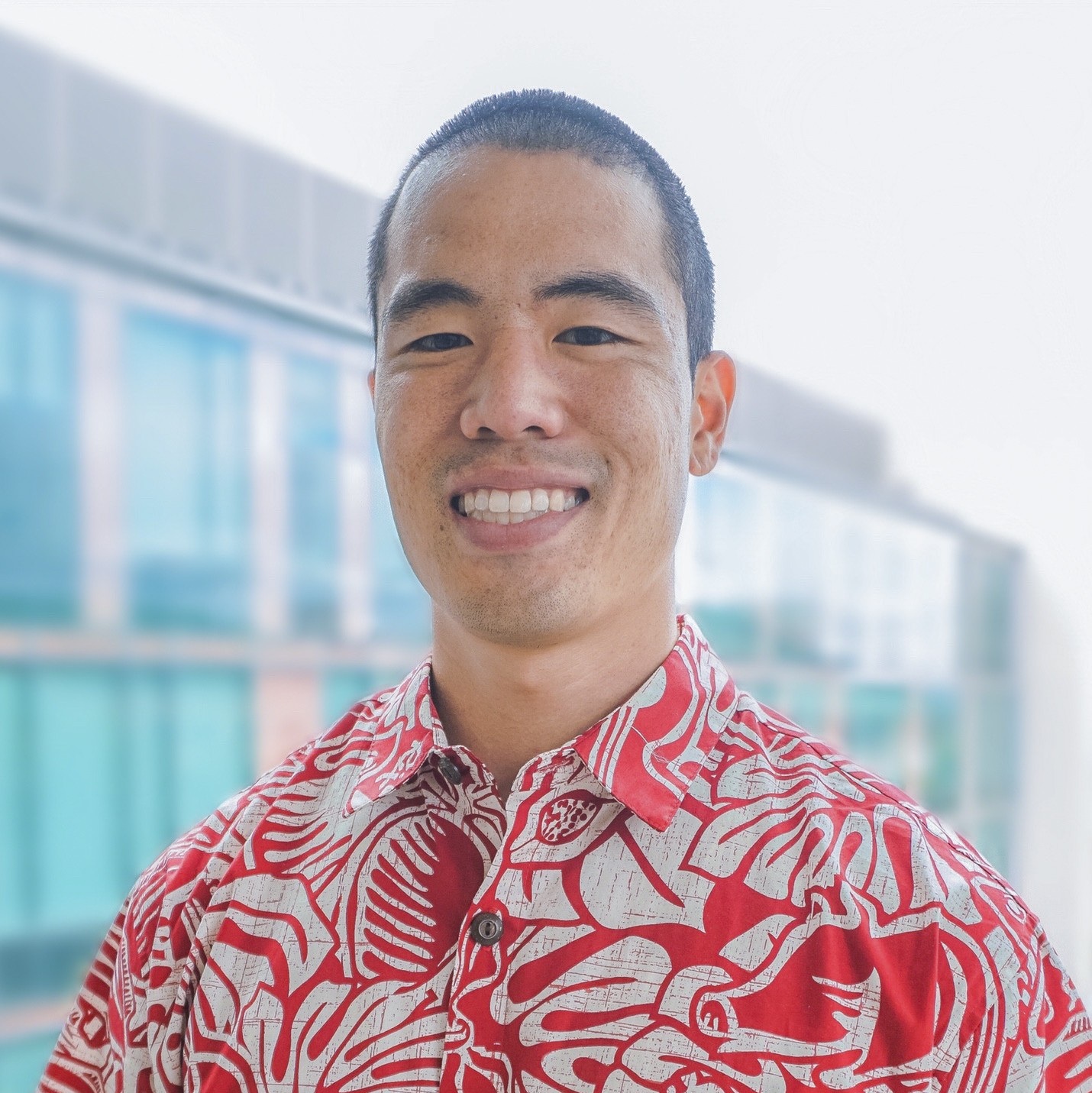